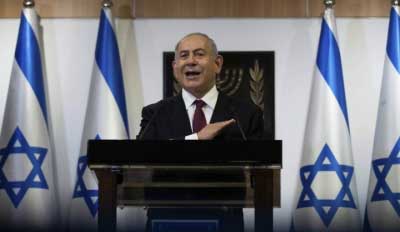 No political bloc in Israel could win a majority in the 120-seat parliament to form a new government if elections were held, according to the latest poll published by state media channel.

The Likud Party, led by former Prime Minister Benjamin Netanyahu, remains the most popular party, would earn 34 seats in the Parliament, followed by Yesh Atid, headed by current interim Prime Minister Yair Lapid, with 23 seats, according to the poll.

After former Prime Minister Naftali Bennett announced not running in the upcoming elections, his Yamina party would fail to pass the threshold to enter the Parliament, according to the poll.

Knesset, or the Parliament, voted to dissolve itself in late June after the coalition government led by Bennett lost its majority in the Parliament, sending Israel to its fifth election, which is scheduled in November, in less than four years.