No proposal to set up Greenfield airport in Assam’s Cachar district, informs Scindia 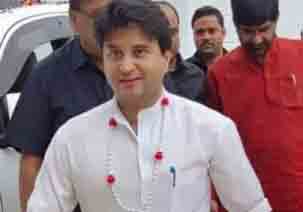 Silchar: The contentious ‘proposed’ Greenfield airport project in the Doloo tea garden area of Assam’s Cachar district took a new turn on Wednesday with Union Civil Aviation Minister Jyotiraditya Scindia writing to Trinamool Congress Rajya Sabha MP Sushmita Dev, stating that the ministry has not received any proposal to set up a Greenfield airport in that locality.

Dev had earlier sought clarification from Scindia about sanctioning an international airport in Cachar district. She had also asked for a timeline of the project provided that the ministry had already sanctioned it.

There is a two-stage process for sanctioning a Greenfield airport — site clearance followed by in-principle approval from the ministry.

Scindia wrote that till date, no proposal as per the Greenfield airport policy of the government to construct a new international airport in Cachar district has been received by the ministry.

The Doloo tea estate in Assam’s Cachar district has been in the midst of controversy after the state government approached the owner of the tea garden to relinquish 1,500 acres of land to set up a Greenfield airport there.

On May 12, protests erupted in the Lalbagh division of Doloo tea estate when the district administration deployed bulldozers to clear the tea plantation from that area in order to acquire the land for the proposed airport.

Hundreds of tea garden workers rushed to the site, soaked in heavy rain, ignoring the restrictions imposed under Section 144 in the area. The workers raised slogans against the destruction of the plantation in the garden.

But due to the heavy deployment of security personnel, the workers could not enter the eviction site.

In an attempt to woo the miffed tea garden workers, the Himanta Biswa Sarma-led state cabinet recently announced a compensation of Rs 1 lakh each to 1,263 tea garden workers as a goodwill gesture from the government.