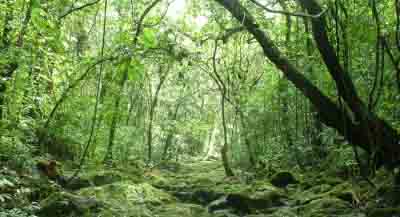 Continuing the spree of public notices for amendments to its various acts at a pre-draft stage, the Ministry of Environment, Forests and Climate Change has now proposed decriminalisation of certain sections of the Indian Forest Act, 1927.

During last 10 days, the Ministry has issued similar notices seeking input/feedback from public and experts for decriminalisation of environment, water, and air acts. It has also brought out notification for changes in Forest (Conservation) Act that has become a bone of contention between the opposition Congress and the government.

Now, the Ministry said it is undertaking a review of the Act to decriminalise certain sections of the law, including carrying timber out of the reserved forest, trespassing by cattle, and felling a tree.

As per the public notice, a person who “kindles, keeps or carries any fire”, “permits cattle to pasture or trespass”, or “causes damage by felling of a tree or dragging timber through the forest” was earlier penalised with six months imprisonment or a fine upto Rs 500 or both. Now, the penalty proposed is simply a fine of Rs 500.

Explaining its reasoning, a senior Ministry official said that at times there are “difficulties in differentiating between major and minor offenses and because of that punishments are often not distinct” and that “this abets habitual offenders to commit more crimes as there is the same level of punishment for both first time and repeat offenders”.

The notice, issued on Saturday, seeks comments, feedback and objections etc. from common public and experts by July 31, a mere three weeks.

No PM ambitions but ready to play role in forging opposition unity: Nitish