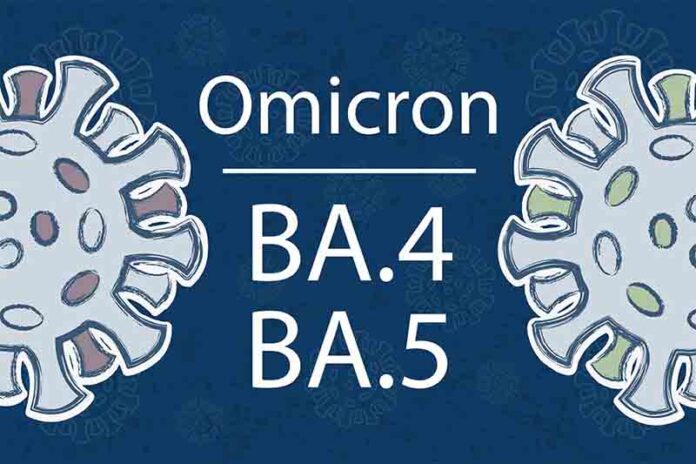 The number of people in the UK with COVID-19 has risen by around 32 per cent in a week to almost 2.3 million due to fast-spreading Omicron sub-variants, according to official data released in London on Friday.
The Office for National Statistics (ONS) weekly statistics are based on swabs collected from randomly selected households and show that in the week ending June 25 there was a rise in coronavirus cases in all parts of the United Kingdom. The Omicron variant sub-types named BA.4 and BA.5 are likely to be behind the latest surge.
“Across the UK we’ve seen a continued increase of over half a million infections, likely caused by the growth of BA.4 and BA.5 variants,” said Sarah Crofts, ONS head of analytical outputs for the COVID-19 infection survey.
“This rise is seen across all ages, countries, and regions of England. We will continue to monitor the data closely to see if this growth continues in the coming weeks,” she said.
In England, more than 1.8 million people were likely to have had the virus last week, the equivalent of around one in 30. This is up from 1.4 million, or one in 40 people, the previous week. Wales has seen infections rise sharply to 106,500 people, or one in 30, up from 68,500, or one in 45.
In Northern Ireland, infections rose to an estimated 71,000 people, or one in 25, up from 59,900, or one in 30. In Scotland, which has had the highest Covid rates in the UK since the end of May, the rise in infections may be slowing slightly.
The latest statistics are the highest estimate for total infections since late April, but still below the record high of 4.9 million, which was reached at the end of March.
According to health experts, people can be infected even if they’ve had COVID before, but vaccines are helping to protect against serious illness. Health officials are advising anyone aged over 75 who hasn’t had a vaccine in the past six months, to get a booster jab to help protect against becoming seriously ill with COVID and ending up in hospital.
“It is sensible to wear a face covering in crowded, enclosed spaces. If you have any symptoms of a respiratory infection, and a high temperature or feel unwell, try to stay at home or away from others – especially elderly or vulnerable people,” said Dr Mary Ramsay, director of clinical programmes, from the UK Health Security Agency (UKHSA).
Rising UK infections come amid a warning from the World Health Organisation that the pandemic is far from over.