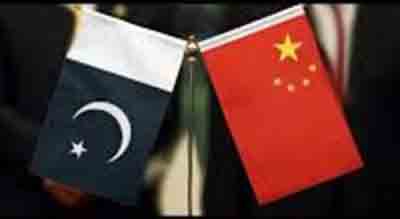 Pakistan has assured the International Monetary Fund (IMF) that it would try to receive concessions from the China-Pakistan Economic Corridor (CPEC) power plants in the shape of either reduction in the profit rates on investment or rescheduling the loan repayments, local media reported.

The issue of reopening of the purchase agreements of the power generation plants set up under the multi-billion dollar CPEC is unlikely to die down in the near future.

The previous PTI government had also made a similar commitment with another global lender the World Bank (WB) for the sake of a 400 million dollar loan in June last year, The Express Tribune reported.

The assurance to seek concessions from the Chinese investors was given by Pakistani authorities to remove one of the bottlenecks in finalisation of a staff-level agreement with the IMF, government sources told The Express Tribune.

They added that Pakistan had informed the global lender that it would try to renegotiate the CPEC deals. However, the chances of that happening are dim because of the political sensitivities involved in the process.

CPEC is the flagship project of the Belt and Road Initiative of the Chinese government a reason that the Chinese leadership has already ruled out the possibility of reopening these deals.

The sources said the government had assured the IMF that it would also try to explore the possibility of seeking an extension in debt repayments against the loans that Chinese investors had obtained from financial institutions in their country for setting up these plants.

One of the irritants in the early conclusion of the staff-level agreement was that the IMF authorities were asking for clear commitments to reduce the power generation cost and the circular debt that had increased by another Rs 850 billion during the last fiscal year.

Disappointed with implementation of Central schemes in M’laya: Tudu