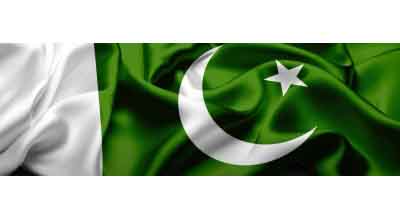 Pakistan has lodged a strong protest against Indias recent blocking of many of its official Twitter accounts, including handles of Pakistani diplomatic missions in various countries.

The Foreign Office on Saturday summoned Indian Charge d’Affairs in Islamabad to hand over a strong demarche, terming the Indian action being against international obligations and norms.

“The Indian Charge d’Affaires in Islamabad was called to the Ministry of Foreign Affairs today and a strong demarche was made on the Indian government’s blocking of access to content of 80 accounts on Twitter including accounts of Pakistan’s diplomatic Missions in Iran, Turkey, Egypt, UN-New York and the national broadcaster Radio Pakistan, by activating geo-blocking and censorship laws,” said a statement issued by the Ministry of Foreign Affairs.

“The Charge d’Affaires was conveyed that these Indian actions were against the international standards, obligations, norms, and framework of flow of information and reflected the alarming pace of shrinking space for pluralistic voices and curbing of fundamental freedoms in India.”

Pakistan maintained that blocking of its twitter accounts of its diplomatic missions abroad was a clear and deliberate attempt to block Pakistan’s right to access to information and “fundamental freedom of opinion of expression”.

“It was noted that the new illegal practice employed by the Indian government of regulating the internet sphere with regard to diplomatic accounts, with a clear intent to stifle dissent stood completely against the rights to access to information and fundamental freedom of opinion or expression,” the statement said.

Pakistan was faced with this issue when at least 80 of its official twitter accounts of diplomatic missions in important countries were blocked by Twitter.

Pakistan raised the matter with the micro-blogging site, and called for an immediate restoration of the handles which were banned by India.

“Diminishing the space for plurality of voices and access to info in India is extremely alarming. Social media platforms must abide by applicable international norms; we are urging twitter to restore immediate access to our accounts and ensure adherence to democratic freedom of speech and expression,” the Foreign Office had said after it raised the matter with Twitter.

Pakistan also accused India for blocking accounts of senior journalists and experts in India, who have been critical of the Central government and have questioned its policies.

“Government of India has been urged to immediately reverse its actions relating to the blocking of Pakistan’s diplomatic Missions’ Twitter accounts in India. India must also abide by the established international norms and standards as espoused by the UN and also ensure protection of fundamental freedoms and respect for dissent,” the Office maintained.