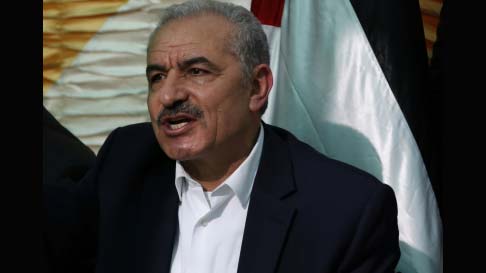 Palestinian Prime Minister Mohammed Ishtaye has urged the US not to block Palestine’s bid for full membership in the UN.

Ishtaye made the remarks during a meeting with Hady Amr, US Deputy Assistant Secretary of State for Israeli and Palestinian Affairs, in the West Bank city of Ramallah, the Prime Minister’s office said in a statement on Wednesday.

“We seek to move the political file again by requesting full membership in the UN in the absence of political initiatives to solve the Palestinian cause,” the Prime Minister said, calling on the US “not to disrupt that endeavour”.

“It is necessary to bring the promises of the US administration regarding Palestine into effect and to support the Palestinian approach to request a full UN membership,” he was quoted as saying.

His remarks came after media reports in Israel that if Palestine’s bid was brought to the UN Security Council, the US would use its veto as quoted by Xinhua news agency report.

The US administration has urged the Palestinian Authority not to advance the voting process in the Security Council and warned against doing so, according to Israeli media reports.