Phogat’s murder case to be probed by DySP rank officer 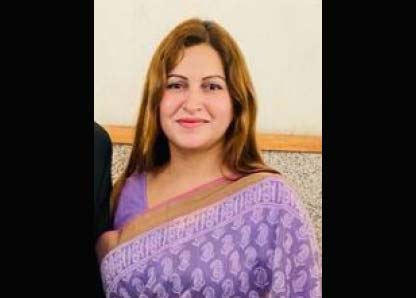 Goa Chief Minister Pramod Sawant on Tuesday said the Sonali Phogat murder case will be probed by a Deputy Superintendent of Police (DySP) and not by an inspector level officer.

Sawant also said that the Goa government has sent a ‘confidential report’ about this case to Haryana Chief Minister and DGP.

“We have sent the confidential report to Haryana Chief Minister and DGP yesterday. Henceforth DySP level officer will investigate this case here, earlier it was probed by inspector level officer,” he said.

Sawant said that on Tuesday, the Goa Police team will leave for Haryana for further investigation. “Police are investigating thoroughly, with this (efforts) the culprit will be nabbed,” he said.

Sources informed that the Goa Police will record some statements related to this case in Haryana.

Sawant on Monday had said that the full investigation report of the case will be sent to his Haryana counterpart and the state’s DGP by the evening.

Phogat had come to Goa on August 22 and was staying at a hotel in Anjuna. She felt uneasy that night and the next morning, she was taken to the St. Anthony hospital in Anjuna where she was declared brought dead.

According to Goa Police, methamphetamine was given to Phogat and the drug has been seized from a washroom of the Curlies restaurant in Anjuna.

So far, five persons have been arrested in this case, including her personnel assistant Sudhir Sangwan and his friend Sukhwinder Singh.