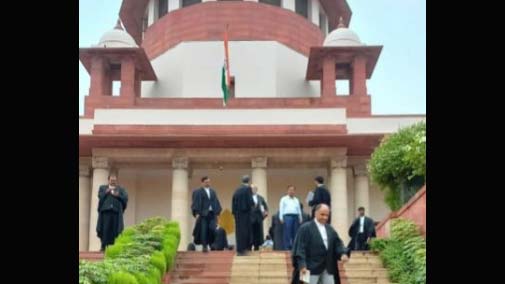 An application has been moved in the Supreme Court to become party to a petition challenging the validity of the Places of Worship (Special Provisions) Act, 1991.

The application has been filed by Lucknow-based MPLBI Trust, seeking to be impleaded as a party in the plea filed by advocate Ashwini Upadhyay challenging the provisions of the Act.

Upadhyay’s petition is tentatively listed for hearing on September 9.

The application said the petitioner has suppressed that he has affiliation to a political party that in fact has the largest party holding majority in Parliament and can well take the legislative route. “Such frivolous petitions are purely political and part of a larger design to keep the communal and sensitive issues alive in the country to serve the political interests of certain individuals and organisations”, said the application for impleadment.

It added that Upadhyay’s petition has been filed for an oblique motive, which is mala fide and purely political and is part of a larger and devious design to keep alive the communal and religiously sensitive issues in the country to serve the political interest of certain individuals and organisations.

The application argues that the petition is a serious abuse of process of law and misuse of public interest litigation and is a serious matter of concern for the judicial process. “Frivolous or motivated petitions, ostensibly invoking the public interests, detract from time and attention which courts must devote to genuine causes. It is stated that the petitioner has an oblique motive and motive for personal-political gains”, said the application.

Defending the Act, the application said the very purpose of the Act is to enable citizens to exercise their right to freedom of religion as enshrined in Article 25-28 in a peaceful manner. “The Act does so equally for all the religions by providing for equal protection to places of worship of all the religions. Thus, it is in consonance with the secular character of the Constitution which is a basic feature of the Constitution”, it added.

The application said the Act contributes towards equal treatment of all religions and enables free practice and profession of religion; thus, the Act enforces non-retrogression of one of the foundational features of constitutionalism i.e. secularism.

“That the plea of the Petitioner to invalidate Places of Worship Act and allow conversion (or re-conversion) of certain places through suits, petitions or otherwise is thus not only antithetical to the fundamental values and express provisions of the Constitution but undoes the civilisational gains of humanity in terms of secularism being a sine qua non of peaceful and progressive society”, said the application.

The All India Muslim Personal Law Board (AIMPLB) has also moved the Supreme Court to become party to a petition challenging the validity of the Places of Worship (Special Provisions) Act, 1991.

In March last year, the apex court had issued a notice to the Centre on Upadhyay’s petition alleging that the law violated Article 25 (right to practice and propagate religion) and Article 26 (right to manage religious affairs) of the Constitution, besides being discriminatory by barring religious communities from approaching courts to restore their places of worship.