Police arrest 9 for kidnapping woman from her home 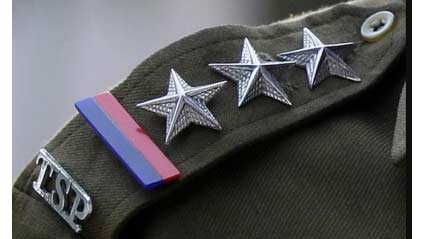 Police have arrested nine men associated with a 15-member gang for kidnapping a woman from her house in Tamil Nadu’s Mayiladuthurai. Six of the accused are currently absconding.

The 23-year-old woman, who was kidnapped on Tuesday night by the gang which also included her estranged lover, was rescued hours later by the Mayiladuthurai police.

Speaking to reporters on Friday, Mayiladuthurai Deputy Superintendent of Police (DCP), M. Vasantharaj said the police had obtained CCTV footage of the gang soon after the incident, after which the perpetrators were tracked down, leading to the victim’s rescue.

According to the police, Vigneswaran (31) who was staying with his grandmother in Mayiladuthurai fell in love with the woman and both were in a relationship.

However, after family pressure, the woman distanced herself which was not taken well by Vigneswaran who continued to stalk her.

DSP Vasantharaj told IANS that the Vigneswaran had earlier tried to abduct the woman on July 12 but the police intervened and saved her.

On Tuesday, Vigneswaran along with 14 accomplices barged into the victim’s residence after breaking open the front door and kidnapped her.

However, the family immediately called the police who swung into action.

Police officers told IANS that they first checked the CCTV visuals and found that there were 15 members in the gang and traced the mobile number of one of them.

The police caught the accused along with the woman at Vikravandi toll plaza at Coimbatore border.

Police arrested Vigneswaran and his accomplices and charged them under Sections 307 (attempt to murder), 366 (kidnapping), 506 (criminal intimidation), 148 (rioting and armed with deadly weapons), 324 (voluntarily causing hurt with deadly weapons), 294 b(abuse), 454 (trespassing), among others, of the Indian Code and Arms Act.