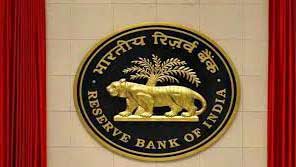 The Reserve Bank of India’s rate-setting panel on Wednesday began its three-day deliberations on the next bi-monthly monetary policy amid expectations of at least a 35-basis-point hike in the interest rate to check high inflation. If raised, it will be the third consecutive hike in the repo rate — the short-term rate at which the RBI lends money to banks.
The central bank has already announced to gradually withdraw its accommodative monetary policy stance.
Headed by RBI Governor Shaktikanta Das, the Monetary Policy Committee (MPC) is scheduled to announce its decision on August 5.
Both the central bank and the government have been taking steps to contain inflation which is ruling above the RBI’s comfort level of 6 per cent since January this year and stood at 7.01 per cent in June.
Inflation based on the wholesale price index (WPI) remained in double-digit for 15 months in a row. The WPI reading was 15.18 per cent in June.
Finance Minister Nirmala Sitharaman in Rajya Sabha on Tuesday said: “We have made sure that the Reserve Bank of India and the Government, put together, are taking enough steps to make sure that it is kept in the band of 7 or ideally below 6”.
The RBI raised the short-term borrowing rate (repo) twice so far this fiscal — by 40 basis points (bps) in May and 50 bps in June to tame retail inflation.
The existing repo rate of 4.9 per cent is still below the pre-Covid level of 5.15 per cent. The central bank sharply reduced the repo rate in 2020 to tide over the crisis induced by the pandemic. Experts are of the view that the RBI would raise the benchmark rate to at least the pre-pandemic level this week and even further in later months.
Punjab & Sind Bank managing director Swarup Kumar Saha said he expects RBI to hike the repo rate between 35 bps and 50 bps this week in view of the prevailing economic situation.
Umesh Revankar, MD & CEO, Shriram Transport Finance Company said the MPC is expected to unanimously vote for an upward of 35 bps hike in policy rates in August 2022 as the domestic macro-economy has not changed much since the previous policy.
The government has tasked the RBI to ensure consumer price index-based inflation remains at 4 per cent with a margin of 2 per cent on either side.
The RBI mainly factors in retail inflation based on Consumer Price Index (CPI) while arriving at its monetary policy.