Rupee falls 11 paise to record low of 77.85 against US dollar 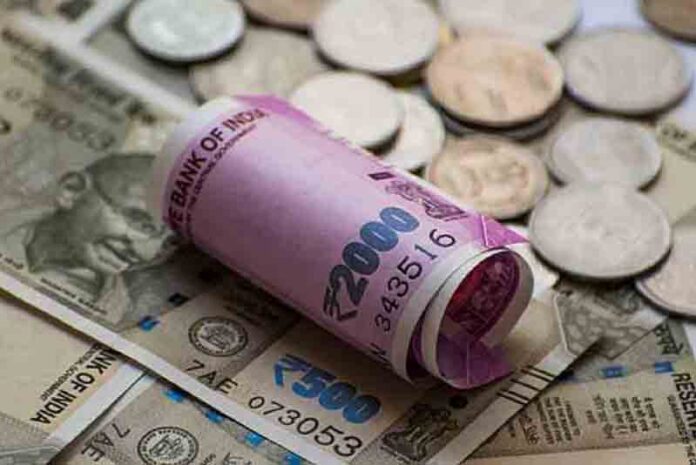 The rupee tumbled 11 paise to close at a fresh lifetime low of 77.85 (provisional) against the US dollar on Friday as a sell-off in domestic equities and stronger greenback overseas weighed on investor sentiment.
Persistent foreign capital outflows, elevated global crude oil prices and risk-averse sentiments also impacted the domestic unit, forex traders said.
At the interbank foreign exchange market, the local currency opened at 77.81 and witnessed an intra-day high of 77.79 and a low of 77.87 against the US dollar.
The local unit finally settled at its all-time low of 77.85, down 11 paise over its previous close of 77.74.
“The Indian rupee dropped to a record low amid risk-averse sentiment, weaker macro data and a stronger dollar index. The rupee marked the new record low of 77.8725 as the central bank remains aside from intervening while importers rush for dollars,” said Dilip Parmar, Research Analyst, HDFC Securities.
Parmar further noted that the global central banks’ overriding need to fight inflation with higher interest rates remains a headwind for risk assets and favours the dollar bulls.
“On the domestic front, spot USD-INR is expected to consolidate in the range of 77.50 to 78.30 with a bullish bias,” he said.
Meanwhile, the dollar index, which gauges the greenback’s strength against a basket of six currencies, rose 0.20 per cent to 103.43.
Brent crude futures, the global oil benchmark, advanced 0.51 per cent to USD 123.70 per barrel.
On the domestic equity market front, the BSE Sensex ended 1,016.84 points or 1.84 per cent lower at 54,303.44, while the broader NSE Nifty tanked 276.30 points or 1.68 per cent to 16,201.80.
Foreign institutional investors were net sellers in the capital market on Thursday as they offloaded shares worth Rs 1,512.64 crore, as per stock exchange data.

Signs You’re Not Getting Enough Vitamin B6