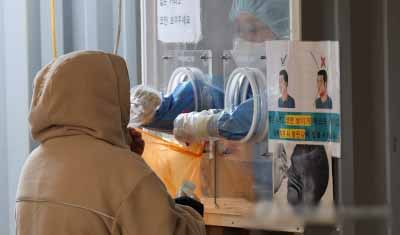 The daily caseload was up from 18,147 the previous day and far higher than 10,455 tallied a week earlier, according to the Korea Disease Control and Prevention Agency (KDCA) said on Wednesday.

For the past week, the daily average number of confirmed cases was 11,950, Xinhua news agency reported.

The number of infected people who were in serious condition stood at 61, up seven from the previous day.

Seven more deaths were confirmed, pushing the death toll to 24,583. The total fatality rate was 0.13 per cent.