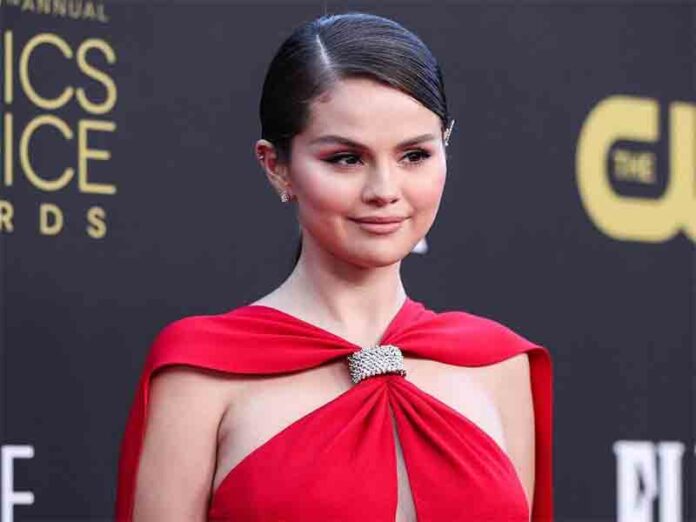 Selena Gomez has addressed the US Supreme Court’s decision to overturn Roe v Wade, calling on men to speak out against the ruling.
On Tuesday (June 27), while appearing on the red carpet for the season two premiere of Only Murders in the Building, Gomez used her platform to criticise the decision, while addressing what Hollywood can do to protect American women’s constitutional right to have an abortion.
Speaking to Variety, Gomez said: “It’s about getting men – men needing to stand up and also speak against this issue. It’s also the amount of women that are hurting. I’m just not happy and I hope that we can do everything in our power to do something to change that.”
The 28-year-old actress also drew attention to a recent Twitter thread of hers which included information on how to actively challenge the ruling.
The thread began: “Watching a Constitutional right be stripped away is horrific. A woman should have the right to CHOOSE what she wants to do with her own body. End of story.
“Please support Planned Parenthood Action – I am fearful of what will happen to those without the necessary means to have access to a safe, legal abortion.”
Gomez appeared on the red carpet alongside her Only Murders co-stars Steve Martin and Martin Short. The comedy drama series follows three true crime fanatics – Charles, Oliver and Mabel – who take murder investigations into their own hands.
The second season picks up after the trio are implicated in the death of Arconia Board President Bunny Folger, with the team now now trying to clear their name through their true crime podcast.
The new season will see Cara Delevingne join the cast as Alice, a new character described as Mabel’s love interest who puts her “in touch with a side of herself she’s been somewhat neglecting since the show began” [via Vanity Fair].
Only Murders In The Building season two will premiere on Hulu in the US on June 28. The show will be released in the UK on Disney+.
Last month Gomez hosted Saturday Night Live for the first time, appearing alongside Steve Martin for a comedy sketch while also offering up an impersonation of her friend and fellow pop star Miley Cyrus.