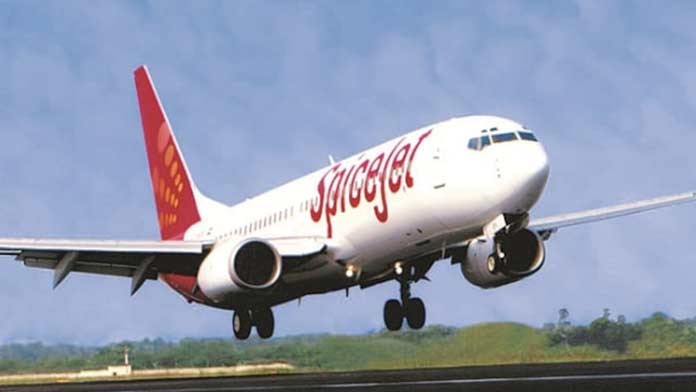 SpiceJet has sent approximately 80 pilots on leave without pay for three months in order to rationalise its costs.
According to Business Standard, the airline has been making losses the past four years. Moreover, it is currently operating less than 50 per cent flights, following the July 27 order of the Directorate General of Civil Aviation (DGCA) in the wake of a spate of incidents.
While the airline has 90-odd planes in its fleet, it is currently using around 50 a day to operate flights.
Sources said the airline has sent around forty B737 aircraft pilots and approximately forty Q400 aircraft pilots on leave without pay for three months.
In a statement, SpiceJet said it had in 2019 inducted more than 30 aircraft following the grounding of the B737 MAX aircraft.
“The airline had continued with its planned pilot induction program in the hope that the MAX would be back in service soon. However, the prolonged grounding of the MAX fleet resulted in a large number of excess pilots at SpiceJet,” it noted.
In a temporary measure to rationalise cost, the airline has decided to place certain pilots on leave without pay for a period of three months, it mentioned.
“This measure, which is in line with SpiceJet’s policy of not retrenching any employee which the airline steadfastly followed even during the peak of the Covid pandemic, will help rationalise the pilot strength vis-à-vis the aircraft fleet,” it said.
The financially-beleaguered airline said it will be inducting more MAX aircraft shortly and these pilots will be back in service as the induction begins.
SpiceJet incurred net losses of Rs 316 crore, Rs 934 crore, Rs 998 crore and Rs 1,725 crore in FY19, FY20, FY21 and FY22, respectively.
The carrier’s Chairman and Managing Director Ajay Singh had, on August 31 this year, said that the airline will shortly be engaging with investment bankers to raise up to $200 million.
SpiceJet said: “During the LWP period, pilots will remain eligible for all other employee benefits as applicable i.e. all opted insurance benefits and employee leave travel.”
Even after placing certain pilots on leave without pay, SpiceJet will have sufficient numbers of pilots to operate its full schedule as and when the DGCA restriction on flights is lifted, it added.