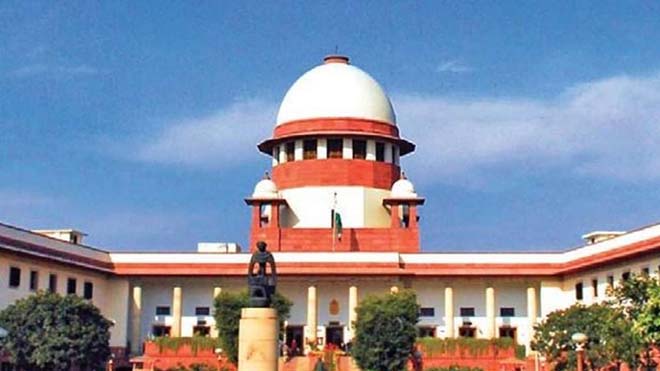 The Supreme Court Tuesday rapped the Nagaland government over the delay to enforce reservation for women in the state’s urban local bodies, saying an important aspect of gender equality seems to be getting postponed.
A bench of Justices S K Kaul and M Sundresh took note of the grievance made by the state election commission that the State Government is not responding to its request regarding changes in legislation to adopt the electoral rolls of Parliament in the Assembly Election for use in local body election.
The top court was hearing a plea filed by People’s Union for Civil Liberties (PUCL) and others seeking to hold elections for all Municipalities and Town Councils in Nagaland forthwith in accordance with Section 23A of the Nagaland Municipal (First Amendment) Act, 2006 and the Notification of the State Government.
Senior advocate Colin Gonsalves appearing for PUCL said the state was proposing to implement reservation by nomination where men will nominate women for the reserved seats. Balagopal objected to this statement and requested six weeks as the last chance to come back with the government’s decision.
The court said the nomination proposal was not acceptable. “This is something not naturally acceptable. While the state says it is not so, were such a proposal to be made, it will not take us a minute to quash it,” the bench said.
PUCL too objected to the time being taken by the state to delay implementation of a constitutional mandate, pointing out that Art. 371A requires a specific resolution to be passed by Nagaland assembly to apply an Act of Parliament that deals with “Naga customary laws”.
Meanwhile, according to Hindustan Times report, the apex court gave the Nagaland government six weeks to report back on how it proposed to implement 33% reservation for women in municipal and town councils, warning that the court was open to issuing a judicial order to secure 33% reservation for women if the administration didn’t take steps on its own. “Don’t make us take a harsh stand. Local issues can’t be gender negative. We will not let go of this matter without taking it to its logical conclusion,” the bench of justices Sanjay Kishan Kaul and MM Sundresh said.
The State Election Commission told the apex court that no response had been received in pursuance to the office letter to provide requisite additional fields in existing rolls to enable ward-wise segregation of voters. “It is pointed out that the last summary revision was done in the year 2016 after which no summary revision has taken place till date leading to a huge gap in the old available data in the office as opposed to the present-day figures have not been updated for five years,” the apex court noted.
The bench said that it had accepted the assurances of the senior counsel for the state that they were at a threshold of completing the exercise and that a Committee had been formed to further the object of holding elections as per section 23A of the Nagaland Municipal (First Amendment) Act, 2006.
The counsel for the petitioners expressed some reservation as to the result of the deliberation as according to him the recommendations are that the men will nominate the women, something naturally not acceptable. “We can only say it is reassuring for us that learned counsel for the State submits that it is not so because such a proposal to be made or accepted, it would not take us much time to quash the same,” the bench said.
The top court made it clear that a date has to be pointed out on the next date for completing the exercise, and directed the state chief secretary to positively respond to the letters of the Election Commission within the next two weeks. “Any non-compliance would be treated as a violation of the Order of this Court,” it said. The matter is listed for the next hearing on April 12.