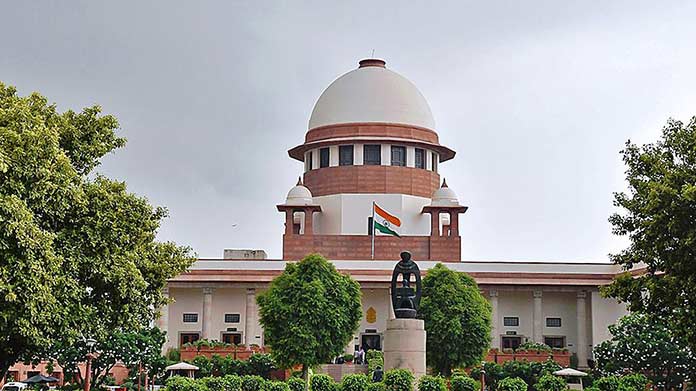 The Supreme Court on Wednesday asked the Centre to take proactive steps to ensure that India hosts the Under-17 Women’s World Cup in October, even as the government informed of its efforts to “break the ice” with the world body over the suspension of the All India Football Federation (AIFF).
According to The Hindu, the FIFA ban has thrown a cloud of uncertainty over the prospect of India hosting the World Cup this year.
A day after the government sought an urgent hearing of the case in the Supreme Court, Solicitor General Tushar Mehta asked the court to adjourn the case till August 22, to which the court agreed.
“We are trying to break the ice,” Mr. Mehta explained to a three-judge Bench led by Justice D.Y. Chandrachud.
The law officer said the government has already twice met with FIFA officials in a bid to resolve the issue. Mr. Mehta said given the “active discussions” being held, the hearing could be postponed to August 22. He said the Committee of Administrators (CoA) is also playing a constructive role in the talks with FIFA.
“We would impress upon the Union of India to take (a) proactive role in the matter for holding the World Cup and so that lifting of (the) ban on AIFF is facilitated,” the court observed, postponing the case to Monday.
Some parties, including petitioner Rahul Mehra, said outside forces have orchestrated the turn of events.
To this, the court warned that it would certainly intervene if “somebody from outside is trying to create something.”
Solicitor General Mehta interjected to note that he represents the government and agreed that the court should come down heavily on those who are trying to interfere.
“This is a great event for the country, for children under 17,” the court observed.
“Yes, this is about the pride of the country,” Mr. Mehta agreed. On Tuesday, news broke out about the FIFA ban, citing “undue influence from third parties” as the reason for AIFF’s suspension.
The apex court had appointed a Committee of Administrators (CoA) to govern the AIFF following its order on May 18, 2022, in which it was observed that the continuance of the executive committee of the AIFF beyond its four-year term was “not in the interest of the proper governance of the Federation”.
On August 11, the Supreme Court allowed a request made by the Sports Ministry for an opportunity to calm the troubled waters within the AIFF by meeting with its Committee of Administrators and FIFA.
But the Bench made it a point to remind that it wanted India to host the World Cup and the court would assert every authority under its command to make it happen.
The sharp remarks from the Bench had come while hearing a contempt petition filed by the CoA, which had complained that AIFF’s former president, Praful Patel, and some of the States’ football associations were moving “indirectly” to thwart the Supreme Court’s interim order on August 3 to conduct elections to the federation and finalise the AIFF’s Constitution in time for the World Cup.
“You want to sort it out among yourselves, we have no difficulty because we want the World Cup to be held here… and should it come to it we will assert our authority without any exception,” Justice Chandrachud had addressed the lawyers for AIFF, States associations, the Ministry and other parties in the case.
FIFA ban extremely harsh but an opportunity to get Indian football in order: Bhaichung Bhutia
On August 3, the Supreme Court passed an interim order to the AIFF to hold and conclude elections to its executive committee as expeditiously as possible. The court had agreed to a 27-day time election schedule prepared by the CoA. According to this schedule, the results of the election would be declared on August 28/29, 2022.
The court had ordered that the election should be conducted in a manner consistent with the provisions of Article 26 of the draft Constitution prepared by the CoA, which prescribes the limits and conditions of eligibility for candidates.
The court had also agreed with the CoA’s proposal that 36 eminent players who represent prominent football players’ communities should be part of the electoral college with a right to vote in the AIFF polls.