Taliban, US officials to meet in Doha over unfreezing Afghan assets 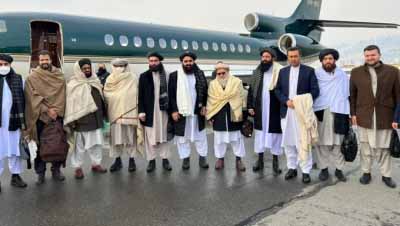 A Taliban delegation led by acting Foreign Minister Amir Khan Muttaqi has left for Doha where they will meet US officials to continue discussions over releasing frozen Afghan assets worth $9 billion as the war-torn nation is undergoing a humanitarian crisis.

Ahmad Wali Haqmal, a spokesperson for the Finance Ministry in Kabul, said the delegation will meet Thomas West, the US Special Representative for Afghanistan, and officials from the Treasury Department.

This is the first meeting since West pushed Muttaqi to lift restrictions on girl students’ access to education on May 21.

Under the Taliban administration, girls are not allowed to continue their education past the sixth grade.

After the Taliban seized over the nation by force last year, the US froze Afghan reserves.

The development comes as a devastating earthquake struck the country’s Paktika province last week that killed 1,100 people and injured over 1,500 others.

It also coincides with the Taliban’s first gathering of over 3,000 people, mostly Islamic scholars, taking place on Thursday in Kabul to possibly discuss urgent issues like the prohibition on girls’ education and interaction with outside world without domestic legitimacy and international recognition.