The Consequences of Forgiveness 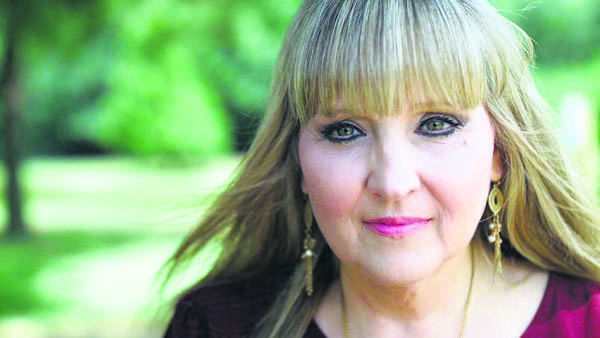 Christie Musso Bruce says growing up, all she wanted was her father’s love, but he abandoned her when she was young.  “My relationship with my father was absolutely none. When he left we very rarely saw him.  I always wanted to be daddy’s little girl, And I craved that love so bad. And never, ever got it from him.”

While her mother worked long hours, Christie bounced from the homes of family and friends.  By the age of 10, she had been sexually abused and was beginning to act out. At 11, she became a runaway and was sent to a girls’ home.

Instead of finding refuge, Christie says she suffered physical and emotional abuse from the staff until she left at age 16.  “When I got out of the girls’ home, I was coming out just a hot mess.  I would say it was a lot of anger, a lot of anger from feeling unprotected, especially from my father.  I hated God. I hated God, basically because I looked at God like I did my earthly father and wanted no part of Him.”

By 21, she was in her second marriage and a mother of 2 children.  Then, Christie’s father reached out to her. He had become a QuadrIplegic after an accident and needed a place to stay. Hopeful of mending the relationship, she agreed and cared for him for eight years, but she says the arrangement brought chaos to her home.

“Year after year after year, I never heard, ‘I love you.’ I never heard, ‘Thank you.’ I was so angry, because I never got what I was looking for.  My father, he still continued in his dysfunctional lifestyle, even living in our home. It was gambling, women, he was smoking pot down in our basement.  So I just had to make a choice to either keep chasing this dream of my father or to be with my family.”

She gave him the home and her family moved out but when her father died, just a few weeks later, Christie was overwhelmed by guilt. Her marriage began to suffer and eventually they divorced.

“If I hadn’t have left, If I hadn’t have moved… If I would have been there. I felt totally responsible for his death.  I not only lost my dad, I lost a good marriage. I lost – respect… Having the divorces on my head…the relationship with my kids. It was horrible. And I knew the only way I could drown my pain was going bar to bar to bar, man to man to man. Looking to fill that void, you know, feeling the hurt and the pain that I had never dealt with.”

On New Year’s Eve 2005, Christie was alone and hopeless. “I had already messed up my life so bad. My children weren’t speaking to me then. And so, I just made a decision, I was through. And I ended up taking prescription medicine and overdosed. And it was just by the grace of God that a friend had called me to wish me a Happy New Year, and recognized that something was wrong in my voice, and called 911.”

Christie survived, and began attending a Christian recovery program and counseling. There, she began to deal with her pain from the past.

“In small group, I had met somebody in there that became my best friend, and I kind of watched her because she was so peaceful. She was just such an example of Jesus in my life, she would reach out to me to help, even if I was in a bar or drinking.  After watching her, is when I decided that I wanted to accept Jesus in my heart.”

During a recovery meeting Christie opened her heart to God’s love.

“And I remember crying out to Him, ‘Just forgive me, please forgive me. I want you to come into my heart. And if you will ever show me the peace that I see in my best friend, I promise you I will serve you forever.  Forgive me for all the hurt I’ve caused other people. Just come in and wash me clean. Help me to have a second chance. Let this be a do-over for me.’

As she grew closer to God, she began to reconcile her relationships and find forgiveness for those who hurt her.  Today, she’s an author and motivational speaker.  She loves spending time with her husband Ronnie, who is a Christian radio DJ.

Through God’s love, Christie found forgiveness, freedom and hope.  “There is a hope and a future no matter where you came from. The Christie that I see today is so much different from my past because I see a little girl that was shattered and broken, but by God’s grace I’m now forgiven and whole.”

DDCA to conduct open trials for all categories

Arunachal to cancel all officiating appointments on out-of-turn basis