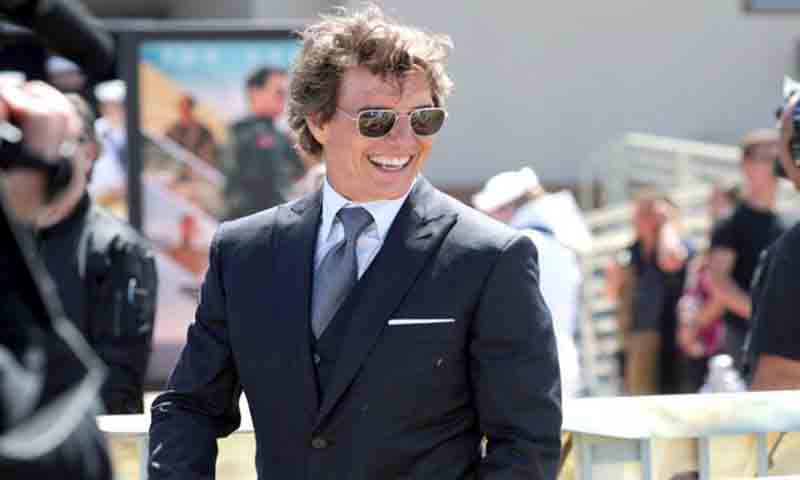 Hollywood star Tom Cruise says landing the role of Navy pilot Pete “Maverick” Mitchell in ‘Top Gun’ was “life-changing.”
The Hollywood star had always dreamt of being either a pilot or an actor growing up, and when he could combine both careers in one film, it was a big thrill for him, reports aceshowbiz.com. The 59-year-old actor told HELLO! magazine: “All I ever wanted to be was a pilot or an actor, so ‘Top Gun’ was a huge moment in so many respects, including my passion for aviation.”
He further gushed, “It was life-changing for me.”
“I got to actually fly in an F-14 jet which was a dream come true, and play a character I loved in Maverick,” Cruise shared.
For the latest movie in the blockbuster series, ‘Top Gun: Maverick’, he got to do more plane stunts than ever before.