Turning to prayer when there is no cure for pain 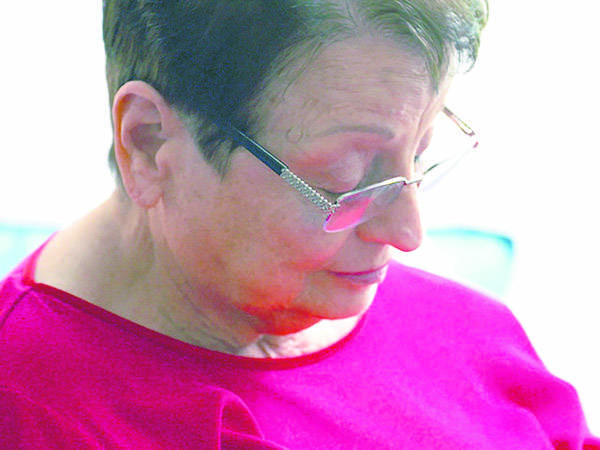 It doesn’t matter how small something is—If it is painful, life will inevitably be affected in big ways.

In 2015, Sue started experiencing a breakout of tiny hives on her hands and arms and the itching was unbearable. The ongoing irritation didn’t only affect her, but eventually everything around her, including her husband Edd.

And I think that that probably in the beginning was the thing that bothered me the most because it was getting to be difficult to sleep all night.”

The hives began to spread to other parts of her body, including her face and feet. Sue had had enough of the tiny/big problem, so she went looking for answers.

She continues, “I saw my family doctor, and he didn’t have any idea what was causing it, and the fact that it wasn’t localized, where it showed up in the same place all the time, was kind of perplexing to him. But he did put me on two different medications. It suppressed it, somewhat, but it didn’t stop it.”

“It wasn’t the loss of a leg, it wasn’t cancer, but it was just the everyday experience of her going through that and going through it, and no answers,” says Sue’s husband, Edd.

After about four months with no progress, Sue’s doctor sent her to an allergist who diagnosed her with Subcutaneous Mastocytosis—a skin disease related to an auto immune disorder—for which there is no known cure.

Sue reflects, “I think the thing that really got to me the most, was when I began to let those words that the doctor said really hit home with me, and that is ‘There’s no cure.’ I kind of just went away for a while and withdrew. And didn’t want to be in public; didn’t want to have to explain to my grandkids why I can’t go swimming at the swimming pool.”

For years, Sue depended on medications to suppress the disease.  But when a knee surgery in 2017 forced her to stop taking them, it came back with vengeance, once again leaving Sue in throes of physical and emotional pain from an incurable disease.

“I was in bondage. And I was at the point where I was just crying out to God,” says Sue.

“And, I think it’s when I began to cry out in prayer like that and say, ‘God, You know what they’ve said, but I know Who You are, ’” Sue says.

Then on August 2, 2018, like many mornings before, Sue and Ed were watching The 700 Club, when Terry got a specific word from the Lord.

Terry says, “There is someone else, you have…this is so…I don’t know what this is…a subcutaneous infection and it is both painful and itchy, it spreads across the top of your skin, the evidence of it, nothing has seemed to stop it, but today is your day—Jesus is healing you right now, just receive it.”

“And we felt a bolt of lightning in the room. And we just looked at each other and Sue said, ‘That’s me!’” Says Edd emphatically.

Getting a little choked up, Edd says, “It was just amazing.”

“And after the joy then there was just this wonderful, wonderful peace,” Sue says.

The hives cleared immediately, and after about three months of no further break-outs, Sue went back to her doctor, who did a check-up and heard her story of healing.

Sue and Ed have plans to travel more, see more and live more. But above all, both have been transformed by the enormous love of the Father.

“It changed our lives,” Ed says as he fights back the tears.

“The thing that we were left with, was the love. It just really affected us that God really does love us an awful lot,” Sue’s voice trails as she reflects.