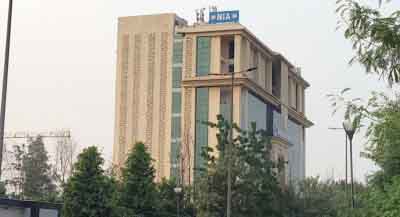 New Delhi: In a latest development in the gruesome broad daylight beheading of a tailor in Udaipur on Tuesday, a team of the elite National Investigation Agency (NIA) is all set to visit the crime spot in the Lake City.

A source said that there are possibilities that the case might be handed over to the anti-terror agency.

“We suspect that some terror groups might be involved in the incident. The accused could have been in touch with some militant outfits. To probe these angles, a team of NIA is likely to visit Udaipur,” said the source.

The source added that after taking over the probe, the agency is likely to lodge a fresh case, which is being seen as a threat to national security.

The arrested persons have been identified as Gos Mohammad, son Rafiq Mohammed, and Riaz, son of Abdul Jabbar, both residents of Surajpol area in Udaipur, Lathar said.

The victim was identified as Kanhaiyalal Teli (40), a resident of Bhima town in Rajsamand district, who ran a tailoring shop in Udaipur.

Earlier in the afternoon, Kanhaiyalal was beheaded inside his shop on a crowded street in Udaipur for supporting now-suspended BJP spokesperson Nupur Sharma on social media over her controversial remarks on Prophet Muhammed.

A video of the incident where the accused claimed responsibility for the murder has gone viral on social media.

Ten days back, Kanhaiyalal had put up a social media post in favour of Nupur Sharma. Since then, people from a particular community were threatening to kill him.