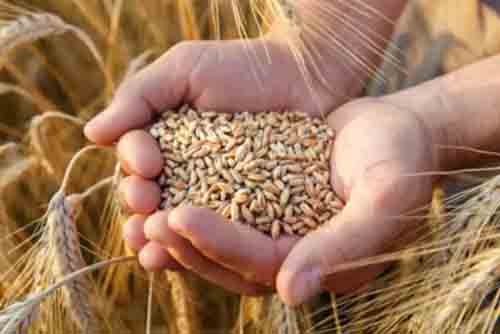 Ukrainian President Volodymyr Zelensky has said that his country is presently negotiating with Turkey and the UN regarding the export of grain through ports.

During a briefing in Kiev on Monday alongside visiting Swedish Prime Minister Magdalena Anderson, Zelensky said that implementing this project “will be difficult in some places, but definitely possible”, because both Ukraine, as a grain exporting country, and farmers, who need exports to prepare for next year’s sowing, are interested in this, reports Ukrayinska Pravda.

The President noted that 22 million tonnes of grain are currently blocked in Ukraine.

“We are currently negotiating with the Turkish side and the UN. Our representatives who are responsible for the safety of grain exiting our ports. But it is a very important moment for someone to guarantee the safety of the ships of certain countries that will come to us to load food products other than Russia, which we do not trust,” he was quoted as saying.

He noted that the UN takes a leadership position in this process, and does not act as a moderator. “They seem ready to lead this process.”

The President also added that “Ukraine is not wasting time and we are working on various ways, both by rail and by river, to export our grain”.

The Russian military fleet is blocking sea routes to Ukrainian ports on the Black Sea coast, making it impossible to safely transport grain to other countries, Ukrayinska Pravda reported.

The international community fears that a shortage of Ukrainian grain on the global food market could trigger even greater instability.

Meanwhile, Turkey is trying to mediate port unblock talks by demining the Black Sea and escorting bulk carriers for their safety.

However, Ukraine insists that acceptable guarantees for demining ports are weapons that Ukraine can deploy in the region.

On Monday, Kiev’s ambassador to Ankara Vasyl Bodnar announced that a cargo ship carrying grain from a Russian-occupied region of Ukraine has been detained by Turkish customs authorities.

It remained unclear where the cargo came from or how it was obtained.

Satisfied with my performance in CWG 2022: Hima Das