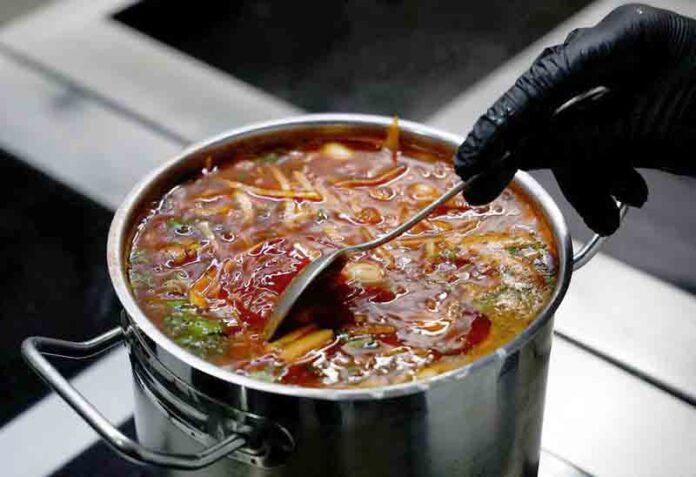 Ukraine has added the cooking of Ukrainian borscht, a soup made of beetroot and other vegetables, to its list of endangered cultural traditions.
The war in Ukraine has “threatened” the cooking of borscht, UNESCO said.
Moscow decried the new protected Ukrainian status of the dish, which is also popular in Russia, saying the Russian version of borscht “doesn’t need protection”.