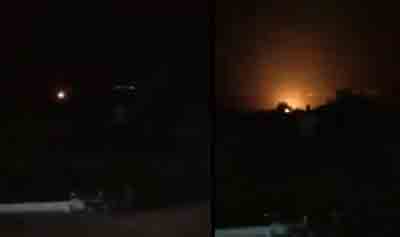 A Ukrainian cargo plane with an eight-member crew on board crashed near Kavala city in northern Greece, Greek media reported.

The Antonov An-12 plane was on route from Serbia to Jordan as the pilot requested permission for an emergency landing and notified Greek authorities of failure in one of the engines, Greek national broadcaster ERT reported, citing sources from the Greek Civil Aviation Authority.

A rescue operation was still underway with special units of disaster personnel approaching the site with precaution, given the yet unconfirmed information that the plane carried 12 tons of cargo including ammunition, ERT reported, citing sources in local authorities.

Power cuts have been reported in communities near the crash site, as the plane cut electric power cables before the crash, it added.