US likely to probe Apple over anti-market practices 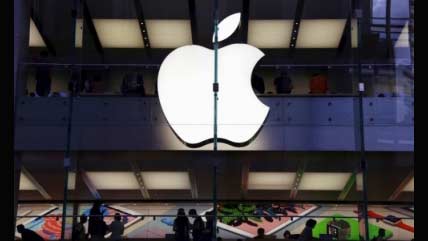 After taking on Meta (Facebook) and Google with antitrust lawsuits, the US Department of Justice (DOJ) is reportedly drafting an antitrust case against Apple, alleging that the company “abused its market power to stifle smaller tech companies, including app developers and competing hardware makers”.

According to a report in the Politico citing sources, the Justice Department is “in the early stages of drafting a potential antitrust complaint against Apple”.

“Various groups of prosecutors inside the DOJ are assembling the pieces for a potential lawsuita and the department’s antitrust division hopes to file suit by the end of the year,” the report said.

Both DOJ and Apple did not comment on the report.

However, the Justice Department is yet to make a firm decision on “whether or when to sue Apple, the world’s most valuable public company”.

It is still possible “no case will be filed”.

If filed, it will be the first antitrust lawsuit by the DOJ against Big Tech under the US President Joe Biden’s administration.

European antitrust watchdogs have filed antitrust cases against Apple over its App Store fees and the iPhone’s treatment of tap-to-pay technology.

The Justice Department has been investigating Apple since 2019 over allegations that it abused its market power to stifle smaller tech companies.

In May, a US judge denied Apple’s appeal to dismiss an amended antitrust lawsuit filed by the creator of Cydia, an app store for jailbroken iPhones.

Freeman shut down the Cydia store in 2018.

Meanwhile, Epic Games, the maker of Fortnite game, challenged Apple for its stand that third-party app stores would compromise the iPhone’s security.

Last year, a US judge ruled in the Epic Games v. Apple district court case that Apple did not have a monopoly in the relevant market.

Modified date: August 27, 2022
Previous articleNASA gears up to send megarocket in deep space on Aug 29
Next articleIsrael to reappoint envoy to Turkey ‘within weeks’