Why do heart failures rise with age among men? 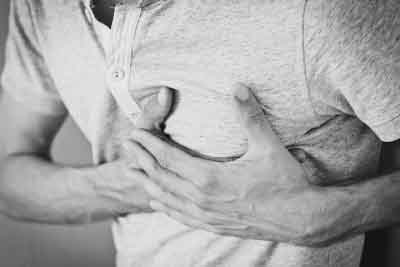 Loss of the Y chromosome – male sex chromosome – in elderly men causes development of fibrosis in the heart, impaired heart function, and death from cardiovascular diseases, finds a study.

Men die, on average, several years younger than women, a difference that previous studies have linked to loss of the Y chromosome in the white blood cells of men.

This genetic change, that occurs during life, is called mLOY (for mosaic Loss Of Y). It is very common and detected in at least 20 per cent of 60-year-olds and 40 per cent of 70-year-old men.

However, no clear causal relationship has previously been identified.

Now, researchers from Uppsala University in Sweden have shown that men with mLOY in the white blood cells also have an increased risk of dying from cardiovascular diseases.

The study on mouse models, published in the journal Science, showed that mLOY causes direct damage to the animals’ internal organs and that mice with mLOY had a shorter survival than mice without mLOY.

“Examination of mice with mLOY showed an increased scarring of the heart, known as fibrosis. We see that mLOY causes fibrosis which leads to a decline in heart function,” said Lars Forsberg, Associate Professor at the Department of Immunology, Genetics, and Pathology at Uppsala.

The researchers were also able to corroborate the causal effect in mice via epidemiological studies in humans, where they found mLOY to be a new significant risk factor for death from cardiovascular disease in men.

Men with mLOY in their blood at the start of the study displayed an approximately 30 per cent increased risk of dying from heart failure and other types of cardiovascular disease during approximately 11 years of follow-up.

“We also see that men with a higher proportion of white blood cells with mLOY in the blood have a greater risk of dying from cardiovascular disease. This observation is in line with the results from the mouse model and suggests that mLOY has a direct physiological effect also in humans,” Forsberg said.

The study describes for the first time that mLOY in a certain type of white blood cell in the heart of mice, called cardiac macrophages, stimulates a known signalling pathway that leads to increased fibrosis.

When the researchers blocked this signalling pathway, the pathological changes in the heart caused by mLOY could be reversed.

“The link between mLOY and fibrosis is very interesting, especially given the new treatment strategies for heart failure, pulmonary fibrosis and certain cancers that aim to counteract the onset of fibrosis. Men with mLOY could be a patient group that responds particularly well to such treatment,” Forsberg said.