Why Do Men Often Die Before Women? 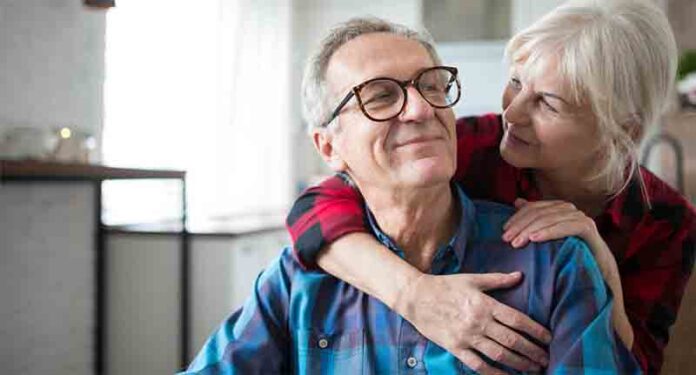 Scientists have unearthed a possible reason why men tend to die at younger ages than women: Those who lose Y chromosomes from their blood cells as they age may be more vulnerable to heart tissue scarring and heart failure.
The research is the latest to look at the phenomenon of “mosaic loss of Y” — where the Y chromosome disappears from a portion of a man’s blood cells.
Researchers do not know why it happens, but it is associated with aging: It’s detectable in an estimated 40% of 70-year-old men, and more than half of those who live into their 90s.
At one time, researchers thought that losing Y — a small, stumpy chromosome — was just a part of normal aging. But in recent years, studies have linked Y loss to increased risks of conditions like Alzheimer’s, heart disease and certain cancers, as well as a shortened life span.
Those studies, however, could not show whether the chromosome loss directly contributes to diseases, or is merely a sign that other body processes are going awry.
“The question is, is loss of Y simply a marker of aging, like graying hair?” said study co-author Kenneth Walsh.
His team’s findings suggest the answer is no: In lab mice, loss of Y in blood cells made heart tissue prone to scarring and led to an earlier death.
It’s evidence that chromosome loss is a direct player, not just a bystander, according to Walsh, who directs the Hematovascular Biology Center at the University of Virginia School of Medicine.
In parallel with that work, research has linked a loss of Y to various disease risks.
To get at the why, Walsh and his team conducted studies in both humans and lab mice.
For the former, they used a large research database with medical and genetic information on about 500,000 British adults. They found that men who entered that study with a significant loss of Y — in over 40% of their blood cells — fared worse over the ensuing years.
They were 41% more likely to die of any cause over the next seven years, versus men without loss of Y. Specifically, they were about two to three times more likely to die of heart failure or heart disease related to longstanding high blood pressure.
To directly test the effects of Y loss, Walsh’s team used “gene-editing” technology to create lab mice that lacked the chromosome in many of their blood cells.
They found that in aging male mice, that Y loss sped up age-related changes in heart structure and function, and made the animals more vulnerable to scarring in the heart, as well as the lungs and kidneys. In one experiment, the chromosome loss made existing heart failure worse.
Walsh said that Y chromosome loss appeared to alter the function of immune cells that operate in the heart, leading to tissue scarring.
There is “exciting potential” for discovering new therapies for common diseases of aging, said Kim Simpfendorfer, an assistant professor at Feinstein Institutes for Medical Research in Manhasset, N.Y.
In the future, Walsh said, screening might identify men who could benefit from further testing for signs of fibrosis, or tissue scarring.
He noted that there are already some anti-fibrotic medications, used for scarring of the lungs. One question is whether men with Y loss would respond particularly well to those drugs.
One of the remaining mysteries is what causes Y loss.
“There’s a lot of variability,” Walsh said. “At the age of 60, some men show a lot of Y loss, and some show only a little.”
Studies have implicated smoking as one exposure that spurs greater Y loss, but not much else is known. “Some of it,” Walsh said, “may be the genes that you’re born with.”
And while women lack a Y chromosome, they can lose one of the X chromosomes in their blood cells as they age.
It’s not as common as Y loss is in men, Walsh said, and so far, it has not been clearly linked to any disease risks.
Loss of Y could be one reason that women generally outlive men, according to Walsh. While part of that gap is explained by younger men dying of causes like accidents, it’s not the whole story, Walsh noted.
Amy Norton Health Day Reporter