Woman in UP harassed by cyber thugs with morphed pics 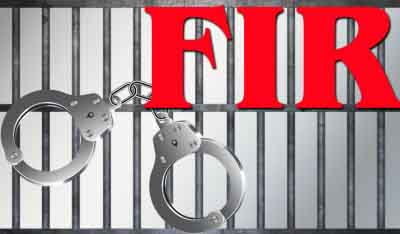 In another case of loan app harassment in the city in less than a week, a woman was asked to pay Rs 5,000 in the name of a loan she never applied for.

The representatives of the firm also circulated her morphed obscene pictures.

The woman, 36, who works in a multinational company, has lodged an FIR in the case.

She said that she inadvertently clicked on a link which she got on WhatsApp.

The link redirected her to a mobile app, Focus Loan, which claimed to offer instant loans.

She said the app got downloaded on her phone and mentioned her details. Though she did not sign any agreement or apply for a loan, her bank account was credited with Rs 2,700.

“Sensing foul, I immediately transferred Rs 2,700 to the account from which the money was credited to my account. However, a loan of Rs 2,300 still showed in my account and I started getting messages for payment. I again paid Rs 2,300 on June 18 thinking that the loan will close,” the complainant said.

SP, cyber cell, Triveni Singh said on Monday that they had received over a dozen similar complaints.

“When these apps are downloaded, they get access to your contacts, video and photo gallery. Once the access is given, you have to share your PAN card and Aadhaar details. As soon as the documents are shared, you are given Rs 3,000 and if you pay within a week and keep the loan rolling, the amount can go up to Rs 8,000 per week,” he said.

“If a person fails to pay, the app managers who get access to photographs and contacts, send morphed images to contacts through WhatsApp,” he said.