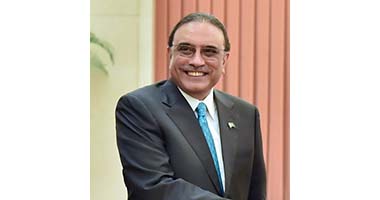 This was stated by Pakistan Tehreek-e-Insaf (PTI) Chairman Imran Khan while addressing an election rally in Lodhran.

Talking about the rains in Karachi and the current flooded state of the city, Imran said that the metropolis is the financial capital of the country.

“If the city does well, so does the entire country,” he said, adding that a city which should have raised the fortunes of the country, is in poor state today.

He further claimed that the city’s progress was deliberately pegged back.

“The country has been ravaged by two big looters,” Imran said.

He named the first set of looters as deposed prime minister Nawaz Sharif and his family.

The other, he named as former president Asif Ali Zardari.

“For 14 years Zardari has been sitting there (in Karachi) and has been siphoning money of Karachi and Sindh via hawala and hundi to Dubai,” Imran alleged, Samaa TV reported.

“He does politics in the name of Sindh and steals their money,” he accused.

He added that during his time as prime minister, he had prepared cases against Zardari, members of his family and that of Sindh Chief Minister Murad Ali Shah but an unidentified ‘power’ prevented them from being punished.

“I tried everything to prosecute them, but whatever that power was did not let me,” he said, adding that he will disclose more details about it at a later time, Samaa TV reported.

“Those who had power, they did not think their (Zardari’s) theft was bad enough,” he said.

Kohli, Rahul back for Asia Cup; Bumrah out injured